So, I finally found some time today to release the project version of BFNS+ Modding Anniversary! I was originally going to release it yesterday, but due to being busy I had to delay the release to today. Anyways, its based on the V1.1 update, so enjoy taking a look at it in Unity! Anyways, now I will get to the main part of this devlog, some ideas I had for the planned upcoming mode coming to this edition, Party Mode!

So, my first idea for a challenge in Party Mode is candle craziness. In this level, the player will need to stop candles from going out by using a flame to keep them lighted. The amount of time each candle will last before going out might be randomized each time, to make gameplay more interesting. The lighter will have a certain amount of fuel, and each time you use it, the fuel will deplete. It will recharge over time after being used though, so you'll have to balance between not letting the lighter lose too much fuel, and keeping the candles from going out. I think it will be a fun challenge to play, once I start developing it. Now, I will talk about another idea I had for a challenge in the mode, Balloon Bash.

In this challenge, the player will need to stop certain balloons trying to touch them by shooting away with a bsoda and throwing sharp things at them. For green and orange balloons, only bsoda spray will affect them, while for purple and blue balloons, only sharp things will affect them. You will need to survive for 3-4 minutes in order to win. Occasionally, a red balloon might appear. If it collides with the player, it will give them a small speed boost. Beyond that, I'm not sure how else this challenge might work, as I just thought of the idea.

Anyways, that's all the ideas I have for now. I also had an idea for attempting to make an android port of this edition, but I'm not sure if I will be able to do it. I've made a poll on my channel about this which you can vote on here: https://www.youtube.com/post/UgxomlOYMJ4BNPwCPdV4AaABCQ?app=desktop. I hope you enjoyed this update on progress, and more are coming soon!

Get BFNS Plus™ Modding Anniversary Edition! (1.1)

Celebrate My 2 Year Modding Anniversary In This Special Edition!

Android when are you gonna realese 🥺

I really like this edition of the mod, keep up the good work!

So, I released a test video showing a super early unfinished prototype of this edition on android. I talk about some things in it, and you can watch the video here:

If I do finish making an android version, it probably won't be for a while, as it's much more complicated than making a pc version. Anyways, I will probably post more development videos of it in the future. 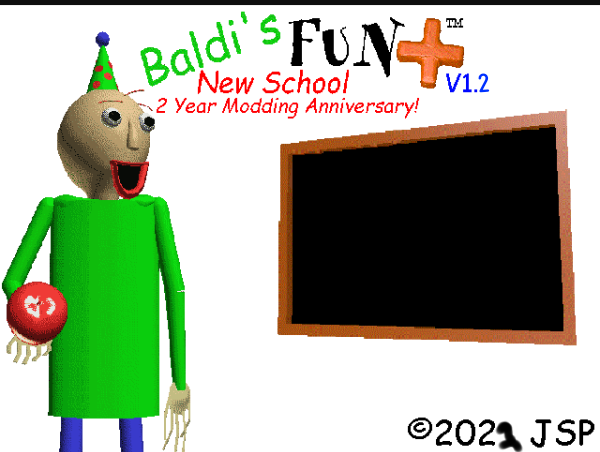 Which Unity version should I use for this and the original Baldi's Fun New School Plus?

Alright, sorry. I will credit you for the idea.