← Return to Classic BFNS Plus

When you release the first playable version, Make sure to include it with the BFNS+ OS Based on that version. Please reply!

Originally, the map would have 6 exits, but i changed for 4 exits

When you release the first playable version, Make sure to include it with the BFNS+ OS Based on that version.

Please make a tutorial about how to make another graphics setting. You should also make the tutorial as a video.

I have making a map, isn't finished, but see :) 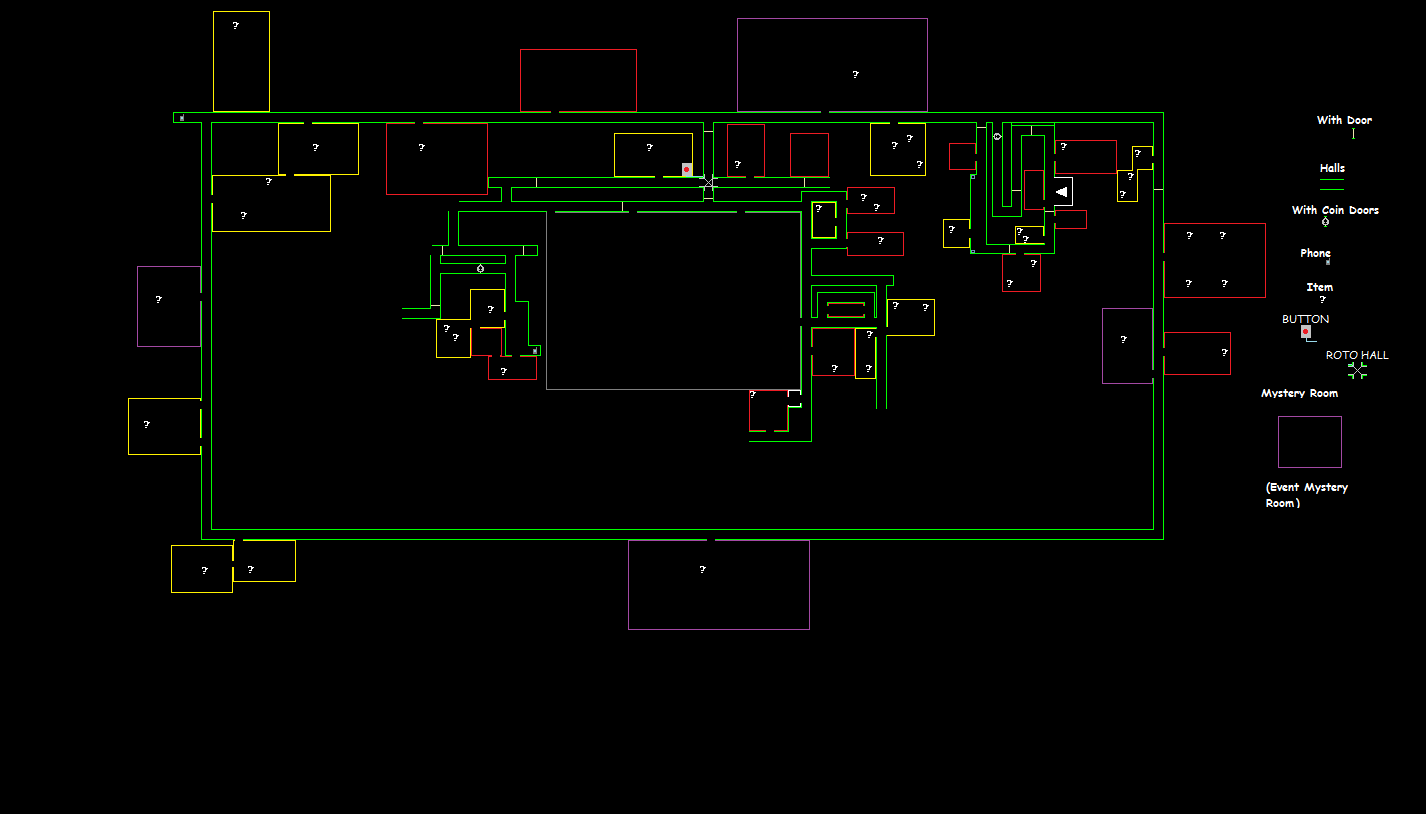 So, a new quality option setting, due to request, has been added! You can read more about it here: https://johnsterspacegames.itch.io/baldis-fun-new-school-plus/devlog/142009/dev-... 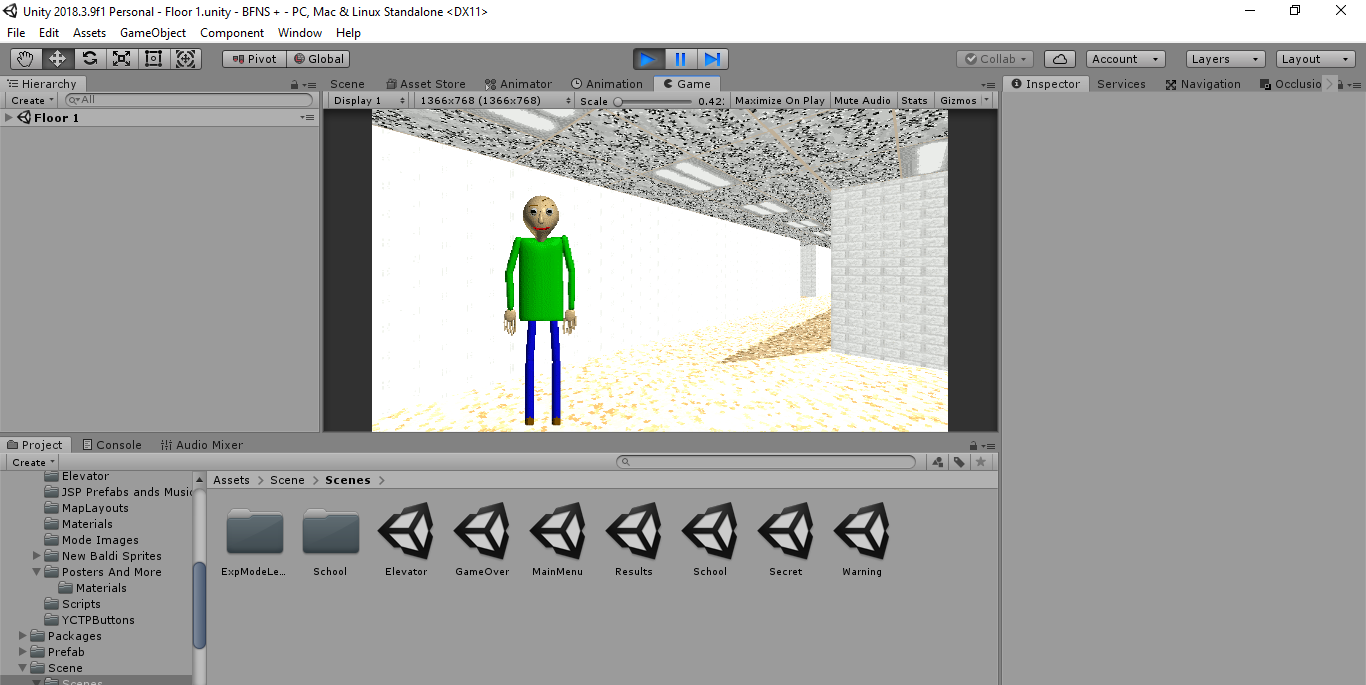 Make the light's intensity 0.3! It's not blinding like 1 is

Alright, I'll set it to that number

Please make a tutorial about how to make another graphics setting. You should also make the tutorial as a video.

So, I think I will add an option for enabling high graphics or not. It will be in the options menu and look similar to how you change resolution. 1999 is default graphics setting, 2018 will be the high graphics one.

What's this? A big box of bees

What's it do? When used, stay a big box of bees in the local of the player used it, when any character touch him, the bees go for the character and make the character don't walk for 10 sec 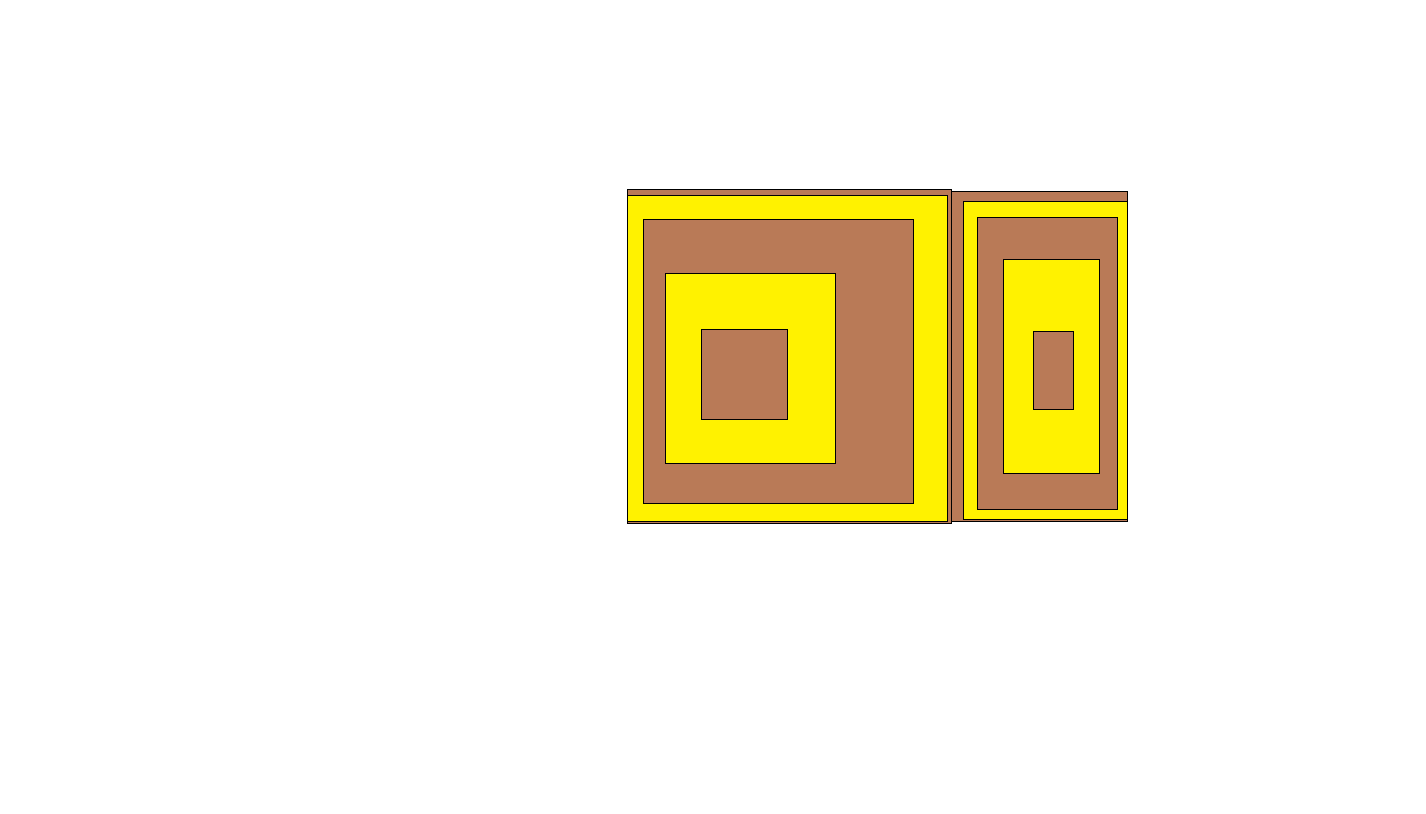 You should add this character: You! (JSP) You walk around the school and 5 minutes later, You will be looking for The player. When you meet the Player, (This also happens when the Player meets you when you aren't Looking for the Player) You give them a Item. It has a 5% Chance that you will give the Player the FNAF Camera i Suggested. If the Player slaps you In the face with their hand, You will beat The Player up. When you are Beating up the Player, Baldi can't Give the player a Game Over. Once you're Done with beating up The Player, The Player will fall on the ground for 15 and be unable to move. I hope you add this Character Idea to this mod.

What? The character is very stranger, How the player slaps '-'

I mean like the Player can slap Some characters with their hand every 2.5 minutes like Playtime and Principal and Also JSP.

Oh, the fuction is Useless...(no offense)

No. Slapping Playtime can sometimes skip Her Jumprope Game That nobody needs. 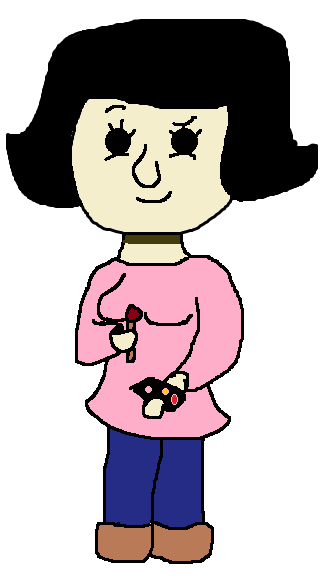 A girl that the director probably doesn't like so much for being a little annoying in her disguise games, but well, she has a playful personality (obviously) and likes to disguise herself as her sister to see how others behave... 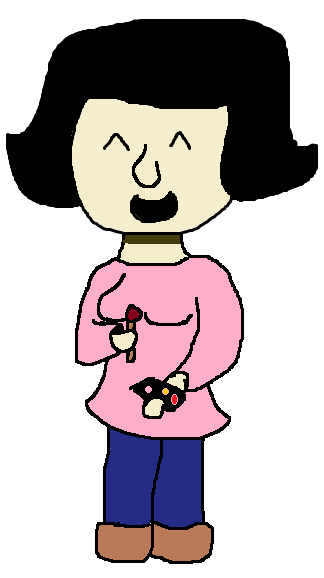 "I can't believe you fell for it, the secret is to distrust who is the real one!"

When you release the The First Playable version, Make sure to leave The BFNS+ OS based on that version.

In the setting, have an option to disable high-graphics? (if have high graphics in the game)

Edit: I updated the layout 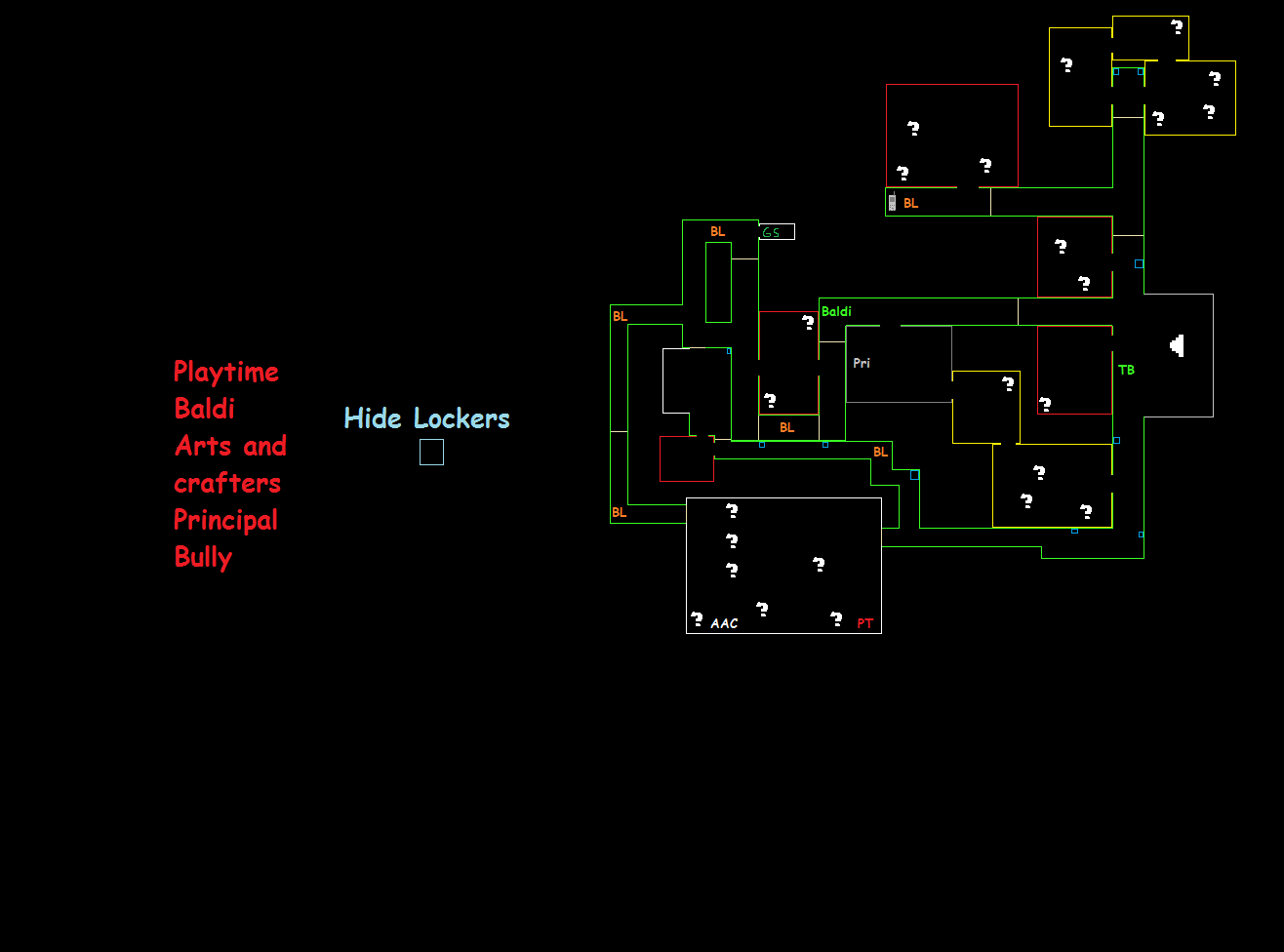 I make the 2V of my submitted map layout :) 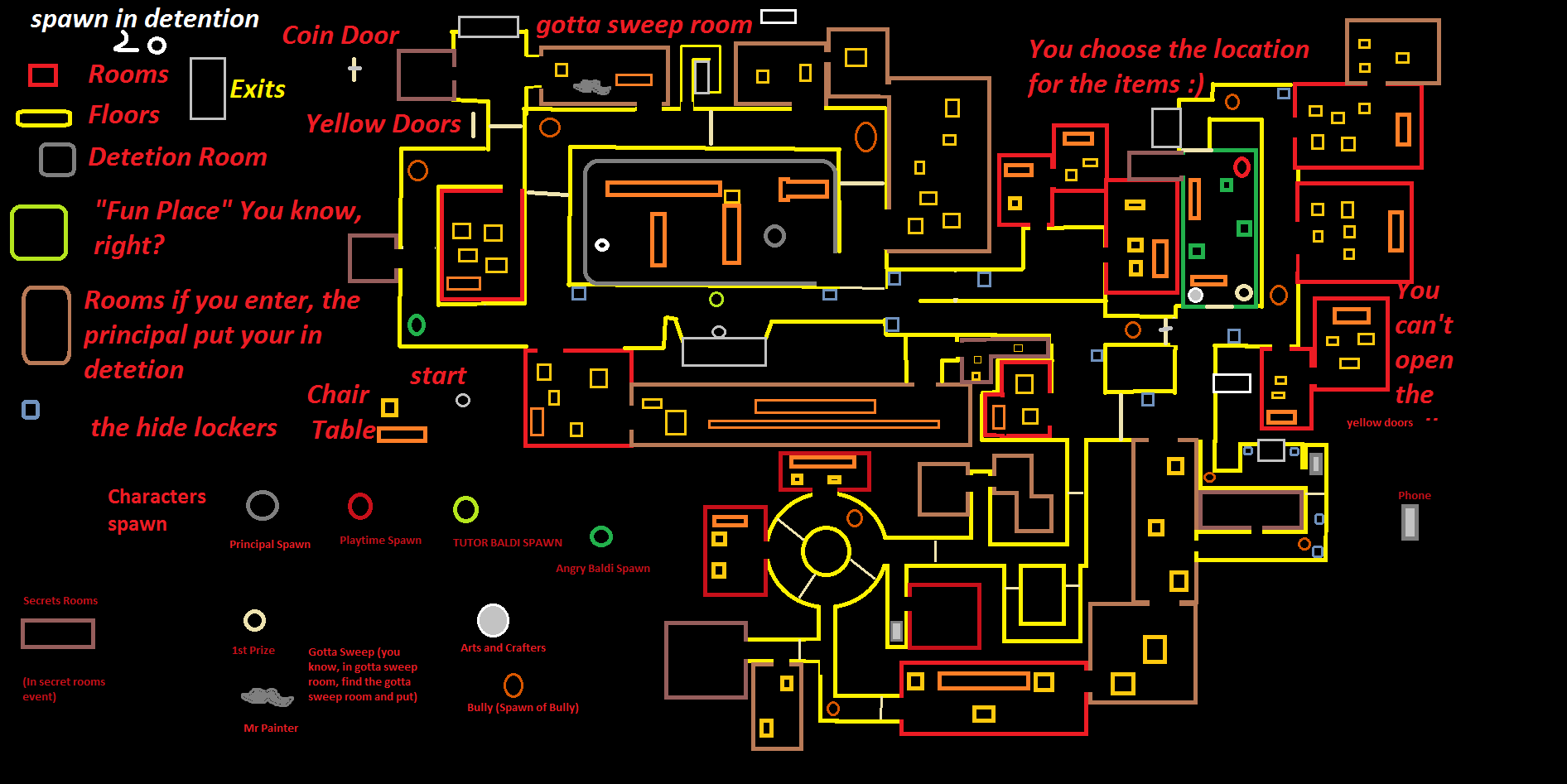 Alright, it looks good! I might use a modified version of the map for level 3 in experience mode, since this is another map layout I got for ultimate mode: 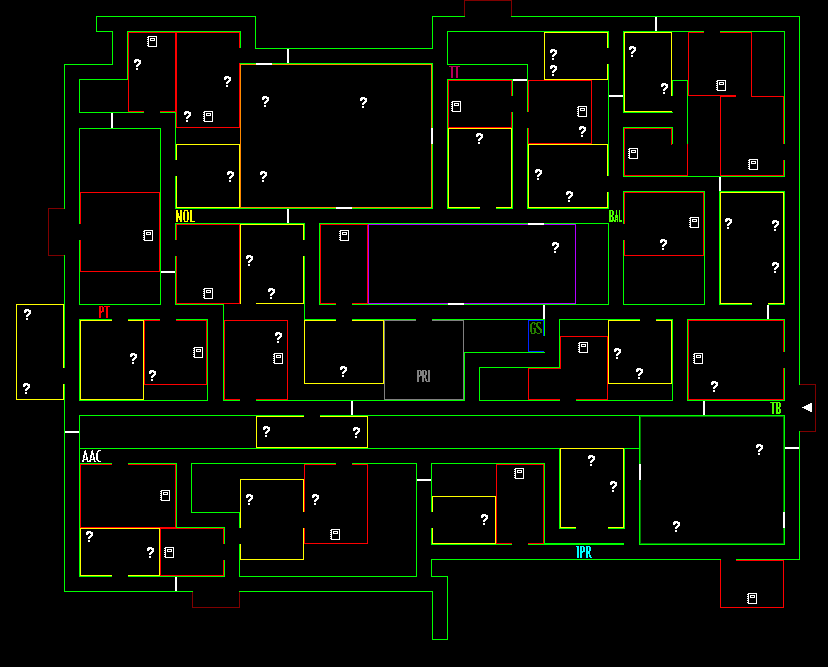 Hey, how did you make this layout in Baldi's Basics Full Game style? Do you have a program to edit like this? If so, I'll download it right away

I am reloading the page several times to see if an answer comes, I am very anxious LOL

The way I made the layout like in full game style is using paint net to make a layout, with lines for each room type, and giving it a black background.

If anyone wants to submit stuff for the mod via Twitter, make a post that has #bfnsplus in it. I'll also post about development updates on the mod here: https://twitter.com/JohnsterGames

I'm also posting the updates on Twitter with that hashtag, so you can easily find them here https://twitter.com/hashtag/bfnsplus?src=hashtag_click

But I don't exactly know how to make player sneeze, but Maybe if there was a timer in player script where it resets every 2 minutes and when it resets the sneeze sound plays and triggers baldi's hear function, but i'm not sure.

You can ask RealT5mpler To answer my question, But it must be in video form.

Ok. They can't talk on gamebanana until May though so I will try on discord.

i need you to help me solve my Question: https://baldis-son1.itch.io/how-to-make-the-player-sneeze

When the levels are done, You can add Fred into Experience mode and add him as a Prefab.

Also, i need you to help me solve my Question: https://baldis-son1.itch.io/how-to-make-the-player-sneeze

What about my Idea of Fred?

Yes, I will consider using it. For now though, I'm working on experience mode.

I submited a new layout map :)

Alright, I will look at it soon!

She is a flower :/ But if you have close of her, 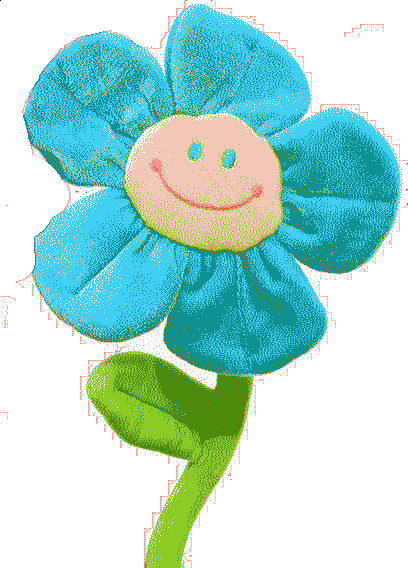 It makes you see it in another way, example: On the contrary, with the colors inverted, a nausea effect (similar of the Nausea effect in Minecraft)

She have Cooldown to attack is 30 sec

The effect time is 10 sec

When she attack you, she make a disturb sound

You can download Here (The sound made in Audacity)

You can too use the sound for an ambience sound... if no, you can still use  in Error flower :)

Error Flower have only one sound

Edit: You can put other image, if you want...

Mr Painter is a Art Teacher 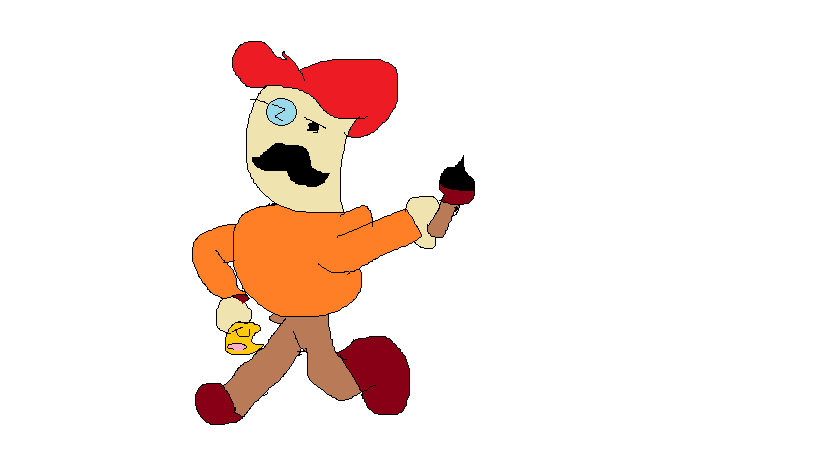 When Mr Painter throw paint in your face, he's say: "LOOK, it's orginal art, your art hater!" or "My art is cool, you don't like? TAKE THIS IN YOUR FACE

Your cooldown to throw paint in your face is: 25 sec.

He can enter in rooms

I don't know how to make the voice of Mr Painter, so you can make, He will stutter and speak a little in a thick voice, not so thick , right? :)

So, I'm just about ready to start designing the first level, which will be level 1 in experience mode! If anyone is wondering how I get set up before starting a level design, here's a sneak peek: 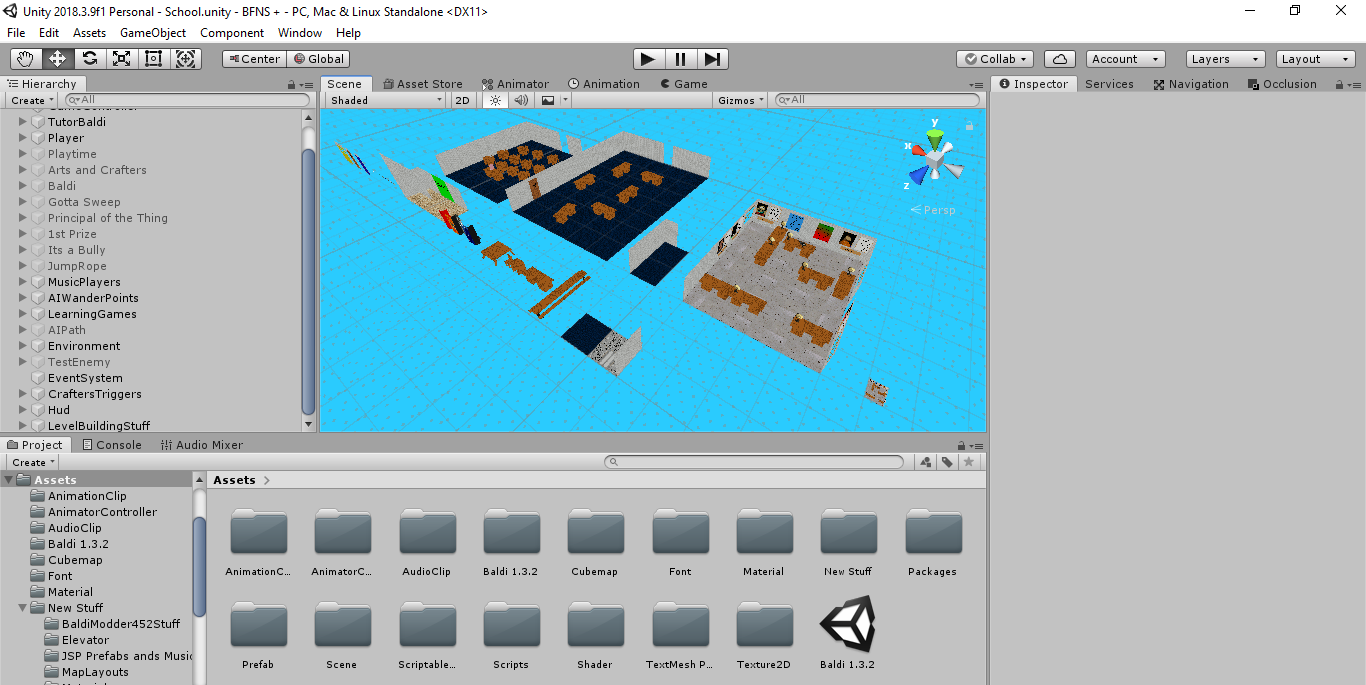 The small principal's office was just something I was testing. The new table type that will be in some levels is also seen here along with more!

You should add a new character and he's called Fred from the Scooby doo series. everytime you get 3 problems wrong, Fred will be angry and give you a Concussion. the concussion will make you unable to move for some seconds.  But, if you get 9 Problems right which is impossible in Non-endless modes, Fred will be happy and give you a random item. He only gives very useful items. He doesn't give items like WD NoSquees. When he is chasing you, you can use an item called Metal Ruler to hit his head and Fred Will no longer give you Concussions for rest of the game. When you hit Fred's head, He will say ''Okay Okay, i won't Give you concussions anymore. Just don't hit my head anymore.''. his Text to Speech voice is Paul.

Here's his angry self: You can make your sprites. It's recommended that Fred's Sprites look like comedy world. 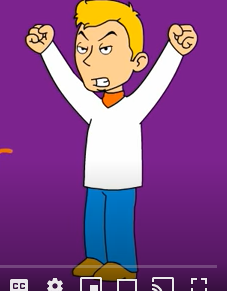 Alright, I will think about it. Also, the mod has a new title screen, this is what it looks like: 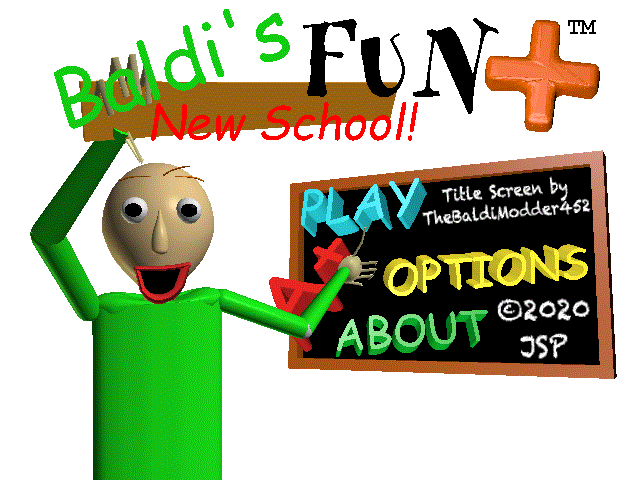 I'm going to make dev. update 2 which will be an update on experience mode soon.

Okay. Make sure to try to work on Fred!

How much Percent before you release the first playable version? You should Include the Playable version with the BFNS+ OS Based on that version.

I'm thinking between 30-35% for first playable version. I'm still working on designing levels for experience mode. First version will probably only have experience mode, later versions will add the rest.

When the first playable version releases, Include it with the BFNS+ OS based on that version!

you added or you can add mrs. pomp and Beans right?

Yes, mrs. pomp and beans will be in some levels (including ultimate mode)

Hey. Can you do at least ONE update on BBISLOC soon

Whenever you release A Playable version. you should leave The BFNS+ OS Based on that version. Please reply.

Also add pennys that require you to get 25 of them to act like quarters. Also, also, Add a separate storage for pennys.

Whenever you release A Playable version. you should leave The BFNS+ OS Based on that version.

Hey JSP, I'm gonna get some stuff made for you

You make a map generator?

No, this doesn't use a map generator. Instead, there are several pre-made school levels and a different one gets chosen when you play chosen mode. Also, it will support 32-bits.

here's a good mod! It's in development. JSP, Please make MacOS Version of the Beta.  https://baldis-son1.itch.io/ender-dragons-basics-but-baldified

You should add pennys to the mod, just like i planning to add to Baldi's Funner Newer School. here's how they work: They act like Quarters expect that you need 25 of them to act exactly like quarters. You should add a separate storage for Pennys.

I did a google forms to decide the name of the mod, and most chose Baldi's Fun New School Plus, so that's where the sequel gets its name from!