A downloadable baldi tower defense for Windows and Android

Note: Baldi Tower Defense Is No Longer In Development And Will Not Be Worked On Any Further.

When you first play the game or after you've reset your data, you'll be prompted to create a new player account. Your player account saves and keeps tracks of all your data such as levels you've completed in story mode, characters you've unlocked, your current profile picture, and more.

Story Mode is the main gamemode, in which you and Baldi have to rescue your friend who Filename2 has taken by progressing through levels. Beating maps in Story Mode is also the only way to unlock certain characters and other gamemodes.

Achievements are earned by completing objectives in the game (such as beating certain levels and finding secrets) and can be viewed in the Achievements section of the main menu. You can click on an unlocked achievement's icon to open a screen with more info about that achievement.

Endless Mode is a gamemode where you test your skill by seeing how far you can get in one of the maps. If you get to wave 15 or higher in an Endless Mode level, you will have an option to submit your score to the game's leaderboard. The current leaderboard stats can also be viewed from Endless Mode. The player which is #1 in the leaderboard at the end of a week will get a reward.

The Rest Of The Controls Can Be Viewed By Enabling Hints Ingame!

You can find links to Baldi Tower Defense related content below:

Thanks for supporting the mods and games I've created in the past, and although this is only an alpha version, I hope you will enjoy playing this game!

Download the Baldi Tower Defense Alpha 1.2.1 (Windows) file and extract it to a folder with a program such as 7Zip or WinRAR. Then click on the executable file in the extracted folder to start the game!

Download the Baldi Tower Defense Alpha 1.2.1 (Android) file. If you get prompted about downloading from unknown sources, go to your devices settings and allow them. When the download is finished, find the game's apk on your device and tap on it to start the game! If when trying to install an update an "app not installed" error comes up, uninstall the previous version you had and then try installing the update again. It is recommended you turn off install from unknown sources after the installation is finished.

For people who want to make mods for the Windows version of the game, download the Baldi Tower Defense Alpha 1 (Modding Kit) file and extract it to a folder with 7Zip or WinRAR. You'll find everything you need to mod the game in the folder, along with a copy of the game itself. 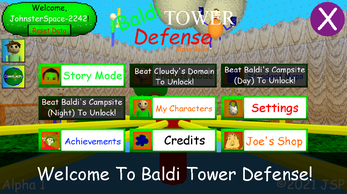 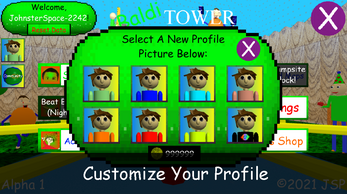 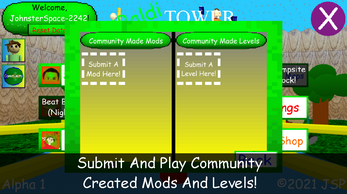 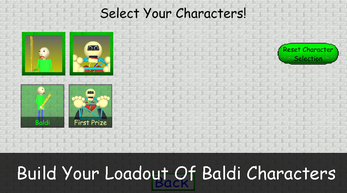 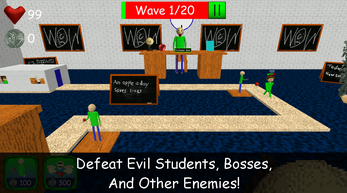 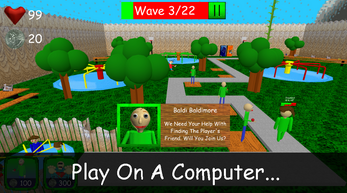 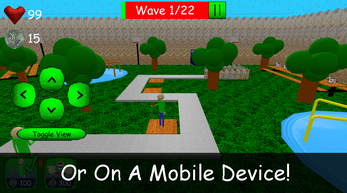 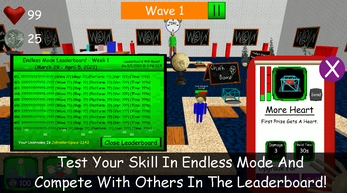 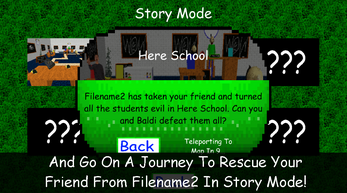